What are some Christian Worldview Essentials? (From CARM.org) 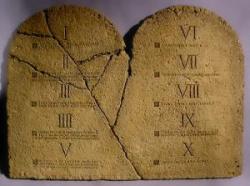 A worldview is a set of beliefs used to understand the world. Everyone has a worldview.  Everyone has a set of principles by which to judge right and wrong, and which guides them in everyday living.  You stop at a red light, go at a green. You leave a tip with a waiter or a waitress.  You try and color coordinate your clothes.  You voice your order for food to a speaker box while sitting in your car.  You cast a vote for a political leader.  Why do these things?  Because you are accustomed to doing them in a manner that is consistent with what you believe.  In other words, you behave according to your worldview.

Your worldview forms the basis of how you interpret reality.  Your world view is a lens through which you look at the world.  Your worldview shapes your moral opinions.  It affects what you believe about God, marriage, politics, social structures, environmental concerns, educational requirements, economics, the raising of children, what kind of foods to eat, etc.  It affects everything, because all of that which is around you and all of that with which you interact must be interpreted and must be understood in light of your worldview.

According to Barna Research,1 “About half of all adults (54%) claim that they make their moral choices on the basis of specific principles or standards in which they believe. Other common means of making moral choices include doing what feels right or comfortable (24%), doing whatever makes the most people happy or causes the least conflict (9%), and pursuing whatever produces the most positive outcomes for the person (7%).”

Why the difference in results?  People have different worldviews, different opinions about God, man, purpose, life, right and wrong.

Answering these questions forms the most basic elements of our worldview.  Once these are answered, you are better able to form answers to the next set of questions, those related to society.

You behave according to what you believe, not what you don’t believe.  I can recall having conversations with atheists who said they “lack belief in God”.  They don’t believe or disbelieve in God.  Yet, when I defend the Bible as being true or the Christian God as the only God, they are quick to attack my arguments in order to disprove God’s existence.  So, I tell them that they are behaving according to what they believe, not what they don’t believe.  It is inconsistent to say that you lack belief in something and then behave as though you deny the existence of that something.  Without admitting it, their worldview didn’t “lack belief about God”; it denied God.  There’s no getting around it.  Different worldviews affect behavior — whether or not someone is aware of it.

Since I’ve already mentioned atheism, let’s take a look at that perspective for a moment.  How would an atheist answer the philosophical questions such as “How did we get here?”  An atheist would probably say we evolved from lower primates.  Of course he would deny that God exists and he would probably say that after we die, we cease to exist.  Since there is no absolute God, morals would not be absolute.  Instead, they would be based upon personal preference and whatever works in society.

What are the elements of a Christian worldview?

Christianity teaches a set of beliefs that form the basics of our worldview.  Following is a list of some of the elements that make up the Christian worldview.

If God created the universe, then he is all powerful — since it obviously takes a great deal of power to create the universe.  This would also mean that God is separate from creation and not a part of the created order.  From the previous point where we see that God is absolute and unchanging, we could see that God’s nature would be reflected in the created order.  As a painter leaves a part of himself on the canvas, so God reveals himself in creation.  Creation is, therefore, ordered, predictable, and dependable.  This would mean that when Christians look into creation, they would expect to find a predictable, regular, and testable world.

Man is created in God’s image

This means that God, who is rational and intelligent, has impressed his image upon the hearts and soul of human beings.  Therefore, people can be rational and turn their attention towards the world and since they believe that the universe reflects God’s creative nature, they can have confidence to look into creation and expect order.  They can also expect that since they are made in the image of God, they have the ability to unlock the secrets of the universe.

Also, if man is created in God’s image, then all people are worthy of respect and honor.

This would also mean that when a new life formed in the womb, it is human from the time of conception.  Therefore, abortion would be wrong.

Furthermore, if we are created in God’s image, then we did not evolve from lower primates.  This would mean that we have purpose and are not merely the result of random development through evolution that is, supposedly, guided by natural selection.  Natural selection works on the theory of survival of the fittest and this could have a very harmful effect on society if “survival of the fittest” is transferred into a moral principle.  It would justify oppressing the weak and helpless.

Man was given dominion over creation by God.

This means that all aspects of the created order on earth are to be governed by man according to how God has revealed himself and his will for us in the Bible.  Therefore, politics, medicine, art, ecology, society, economics, exploration, philosophy, mathematics, education, etc. all fall under the domain of human responsibility and should be considered realms for man to control — under the wisdom and direction of God’s revelation, the Bible (more on that below).

The Fall of mankind through our ancient father Adam, tells us that at the heart of every one of us is a predisposition toward sin.  Sin is rebellion against God and, therefore, it is a rebellion against what is good.  Sin has not only affected man’s soul and body, but it has also affected his mind.  Therefore, the Christian worldview would say that even man’s best reasoning is touched by sin and cannot be perfect. Furthermore, since man is sinful and his heart’s intentions are predisposed towards wickedness, we conclude that those in power are highly susceptible to corruption.  Therefore, governmental systems should be developed with Christian principles in mind to help guard against that.

In fact, Christianity influenced the development of the Constitution and American government.  Our founding fathers developed the judicial, executive, and legislative branches of government which are there to exercise a system of checks and balances over each other.  Why?  Because of The Fall, man has a tendency to gravitate towards corruption.

Jesus is mankind’s only hope for redemption

Because man is fallen, he is in need of rescue from God’s righteous condemnation — which is eternal damnation.  Also, since he is fallen, there is no way he can redeem himself.  Therefore, Jesus, who is God in flesh, died for us and rose from the dead.  We receive his righteousness and forgivness by faith.  This basic theological truth means that Christians should then preach that good news of redemption in Christ to all the world.  Therefore, one of the most basic Christian principles is promoting Jesus as the means by which we are made right with God.

The Bible is the Word of God

Of course I have already mentioned the Bible, but the Bible is the inspired and inerrant word of God. From the Bible we derive the truths by which we govern our lives.  It is from the Bible that we learn about God himself, his created order, the Trinity, redemption, about sin, salvation, hope, and what is morally correct.  The Bible reveals the will of God for mankind, for the family, for raising children, for proper behavior in society, etc.  It is from the Bible that we can learn the direct will of God.

God Provides for his creation

So, you can see that there are basic principles which form the Christian worldview.  There are more, but the above eight items are representative of Christianity’s perspective and truth and how it influences belief and action.